Recently there has been much talk and media commentary about the ‘death of shareholder capitalism’ and the need to create a new form of capitalism, a view based  on the sense that the traditional variety has been seen to be at the heart of so many spectacular crises globally over the last decade. This perspective has been strikingly laid out in last month’s statement from 181 CEOs in the USA Business Roundtable (including many high-profile names) to the effect that a company’s purpose must now be to serve all its stakeholders – as opposed to the half century old dictum that the shareholder must be the sole focus of a company’s endeavour.

In a list of stakeholders, which pointedly cites shareholders last, the Roundtable Statement says 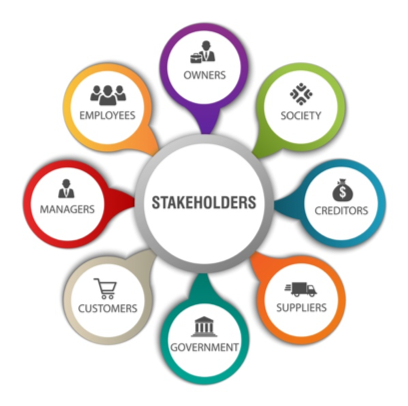 “..Each of our stakeholders is essential. We commit to deliver value to all of them, for the future success of our companies, our communities and our country. “

So move over Gordon Gekko; now it’s all about stakeholder value, a much more slippery concept.

Our advisory work in Prospectus has traditionally been largely an equal mix of commercial, public sector and non-profit. We have always felt that this balance was important for our clients and that successful organisations are defined more by certain cultures and practices than by sector or ownership type.

Regardless of the economic environment, even the most well-established and secure non-profit organisations all spend significant portions of their time fundraising and trying to secure financial support.  While for many this means that a lot of time is spent writing grant applications, submitting proposals, meeting potential donors etc, it also means that the most successful non-profit organisations need to constantly reassess themselves and ensure they remain relevant: asking what it is they do, why they do it, how they do it, what their core purpose is, and how they communicate it?

For this reason there is no time for the vision or purpose to become stale or blurred. It must be constantly revisited so that it can to be clearly communicated to potential funders.  Commercial organisations who find themselves struggling to adjust to stakeholder capitalism can certainly learn from some of these processes and from the extent to which they become engrained in the organisations involved. When the rule was simple and singular – do what it takes to deliver shareholder value –  many, maybe even most, commercial organisations managed to get by without asking these fundamental questions: are we totally clear what the organisation is really about? What are our core values? What are the key messages we need to communicate? Now there’s a need to answer some new “Big Questions” such as: who are our stakeholders? How do we add value for them? How will we know we are being successful? What difference to society do we actually make? 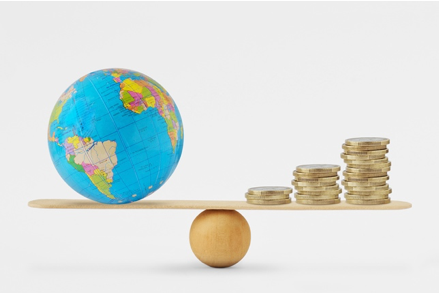 We have frequently noted that the most high-performing non-profit organisations tend to address these big questions through focusing on longer-term outcomes rather than just short-term actions and outputs.  Sometimes these outcomes can be huge, ambitious societal goals like eliminating poverty, improving sustainability, stamping out discrimination. Or they may be more local and experientially driven. Either way, it is this focus on the outcome first and the actions second, that is a key strength of many non-profit organisations.  Actions and spending priorities are carefully selected by the best non-profit organisations, on the basis that they will make a clear contribution towards the desired outcome, rather than being rolled out because they are ‘what has always been done’.

By contrast in strategy and in business planning, all too often commercial organisations tend to jump straight into actions and outputs and getting into detailed planning with an obsession around financial metrics. This is quite understandable given the majority of those in charge are of an age which means that this is all they know, or what they know best. However, we are increasingly aware of the different drivers for many Millennials or Generation Y employees. Money is no longer the sole determinant of success. That’s not to say that profits aren’t important -they remain the key priority for any business- but other factors or outcomes such as societal impact, sustainability, ethical business behaviour etc. must now also be seriously considered.

But what does a focus on stakeholder value require from a company?

In our experience the difference can most simply be explained and exhibited by the organisation’s understanding and commitment to the outcomes they want to achieve and the impacts they will have on their broader stakeholder grouping rather than solely relying on the level of financial return to their investors. For most this represents a significant paradigm shift and we have encountered the serious internal challenges this can present for a company where there is an absence of collective understanding and alignment around the move towards outcomes-focused business.

What can we learn from our non-profit counterparts to help us do this?  A simple lesson that can be learnt from the better non-profit organisations is their ability to juggle the complex demands of multiple stakeholders; they must be able to balance the needs and demands of their clients or end users, along with those of their funders, their volunteers, their staff, their boards, and the wider public.  All of this must happen without diluting the organisation’s core purpose or mission and most obviously without any financial reward to help keep people sweet!  Many commercial organisations with access to the added incentive of money continue to struggle to do this successfully and instead sustain dissatisfied customers, staff and shareholders! 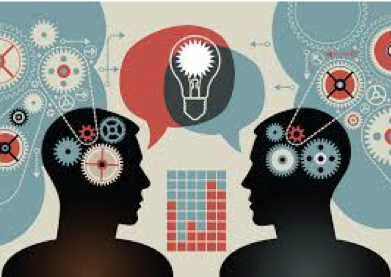 Non-profit success in this area can be traced to their ability to continually innovate and cooperate.  The constant need to design, develop, test and adapt new approaches to ever-evolving social problems is a cornerstone of the non-profit sector.  The strongest organisations in the sector have a deeply embedded culture of continual intrapreneurship that strives to constantly implement new methodologies, monitor progress, and, when they prove more effective than traditional methods, work to have them supported or adopted by other service providers in order to deliver their broader societal objectives.

This recognition of the need for cooperation to do what’s necessary to succeed on a greater scale -albeit in a highly competitive funding environment- is arguably the single greatest distinction between for-profit and non-profit organisations. But for many commercial organisations the notion of cooperating with those you compete against would be anathema to them. This new climate of stakeholder value driven by innovation and cooperation is something which the commercial sector would do well to emulate.

The jury may be still out on whether the shift to stakeholder value as the new fundamental principle is real or not. That remains to be seen. Either way it may be a timely prompt for commercial organisations to look over the fence at their non-profit neighbours and see what can be learned in terms of managing for stakeholder value to increase overall organisational value.