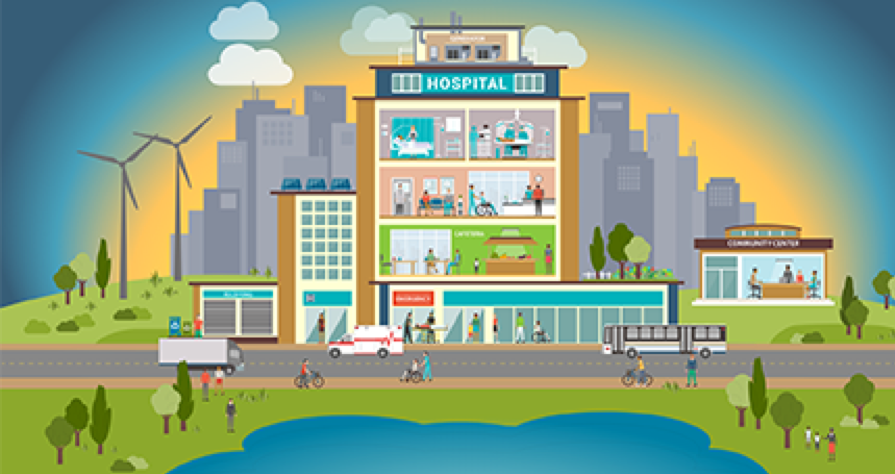 Did you know that each hospital bed generates approximately 15kg of waste per day? That equates to almost 200,000kgs of waste from public hospital beds in Ireland daily. Operating theatres generate even more. There is no denying hospitals generate huge amounts of waste. 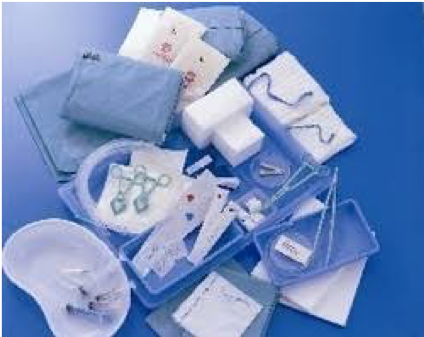 As an industry, healthcare has become increasingly reliant on single use items, and items that require a lot of packaging. Many items that were once re-used many times over, surgical gowns, curtains, tweezers, scissors, are now used once and thrown straight in the bin; surgical kits will be opened for one item to be used and the rest dumped.

There are of course barriers to recycling in the healthcare industry because it is often dealing with clinical waste that is hazardous.

Much of the rationale relates to time, cost and stringent infection control measures to reduce and minimise the risk of illness or spread of diseases. All laudable reasons.

However, an audit at Western Health Melbourne proved that financial savings could be generated through reducing, reusing and recycling without any negative impact on the spread of disease.

Hospitals in Australia are now using reusable drug trays, reusable blades, reusable face masks, reusable breathing circuits; replacing single use gowns with ones that can be washed and reused; donating hospital beds due for replacement to hospitals in need; and recycling some items that are not currently reusable such as PVC saline bags.

In fact approximately 200 tonnes of PVC waste is now recycled from hospitals in Australia annually at a facility run by Welvic and Baxter. PVC waste from saline bags, oxygen masks, oxygen tubing is chomped down, crunched up into small pieces and then melted and turned into new plastic granule, which is in turn made into garden hoses, industrial products, and playground matting – 1.5 tonnes of PVC is enough to make about 12 km of garden hose or 575 play mats. Importantly, it is estimated that recycling PVC in comparison to incineration can result in a 77% reduction in carbon dioxide emissions.

Meanwhile researchers in Queensland are close to a breakthrough that would turn hospital waste into a product that could be used in agriculture or water treatment. 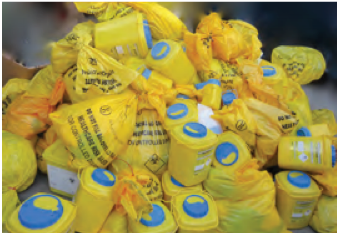 Up to 50% of food prepared in Irish hospitals is thrown away. Food waste is costly, not just in disposal but the purchasing, storage, preparation time and cooking. Food waste is also the most preventable of all types of waste. Nationally the cost of food waste in Irish acute facilities is estimated at €7.2million annually, with community facilities costing up to an additional €4.4million. 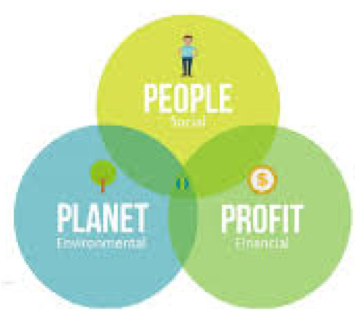 There is no denying that hospital waste confers a huge impact on the environment and a potential threat to human health. A healthy society depends on a healthy environment.

With only 12 years to limit the climate change catastrophe; as hospitals aim to improve the health and wellbeing of individuals, families and communities; there is an onus to reduce the environmental footprint of our healthcare system to meet the needs of generations to come, while generating financial savings at the same time.

Edel Fitzgerald is Director of Consulting at Prospectus Management Consultants