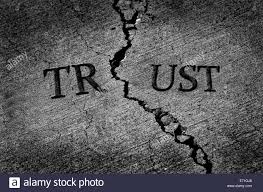 Trust may be hard won and easily lost and nowhere is this more evident than in the health system. Recent years – and indeed days – have seen trust in the health system if not lost, then shaken. Healthcare is the ultimate ‘people business’. It’s almost always personal in healthcare. However, the health system can, and should, take a much more active role in earning trust. There are several areas in which trust could be hugely improved, one in particular is in relation to information.

Our information sets in the Irish health system are very poorly developed. Where they do exist they are often unpublished. Where they are published they are frequently less than transparent, the figures difficult to manipulate and to interpret. Whether this is intentional or not is up for debate. And while there are responsible journalists and other public figures who work hard to contextualise the information, too often there are knee jerk reactions aiming to whip up public outrage or gain political advantage.

In a big spending area like public hospital services we have been measuring activity and cost for several decades now using state of the art techniques. But relatively little data is published. This is a real shame. Sharing this data would inform the public, managers and policymakers. Everyone will engage with the health system to different degrees throughout their lives. Having a greater understanding of it when they do so can only be a good thing.

Private hospitals do not publish any performance data and are not generally required to participate in national information-gathering schemes. They would probably argue that to publish such data would mean sharing commercially sensitive information. However, given the extent of indirect State subsidies to the private system they should be required to participate in information-gathering schemes which are in the national public interest and could be kept confidential and anonymised. Doing so could greatly benefit our understanding of Irish healthcare, giving a fuller picture of what is happening within the private system.

HSE have a powerful resource in the national Health Atlas – but if ordinary punters try to access this they will quickly find that for anything but demographic data or a directory of service locations they need a username and password.

There are honourable exceptions to this coyness. For example, the National Office of Clinical Audit has been publishing annual audit data for a range of specialist services as well as its annual National Audit of Hospital Mortality for a number of years now. In the 2017 report it sets out its stall

The proposition of blind trust in healthcare is no longer acceptable. Through transparency, patients are empowered, and trust between healthcare providers and patients is fostered to the benefit of all.

The new National Patient Experience surveys carried out by HSE in partnership with Department of Health and HIQA represent a real step forward also. This survey measures patient feedback in a systematic way across 40 (public) hospitals in an initiative which has been shown elsewhere to help improve performance for the benefit of patients and their families.

Lack of information, lack of insight

Overall it is very difficult for ordinary citizens to access up-to-date and relevant data on their health service without resorting to Freedom of Information Requests. Because of this there is a sort of public illiteracy when it comes to interpreting and understanding what limited data is released, or leaks out, in big news stories. This has the effect of making what may in fact be reasonable expenditure seem like outrageous overspends to members of the public who lack the context in which to interpret the figures.

This is not a technical matter for ICT wonks or Information Management enthusiasts. It is fundamental to ensuring a high-performing and a sustainable health system. A greater understanding of the numbers, activity and outcomes within the health system could lead to wider debates about the ethics and implications of decisions made to maintain our health system.

Healthcare providers should be using patient feedback much more dynamically to improve services in real-time. The late Feargal Quinn showed the way decades ago by rewarding customers who highlighted service shortfalls with discounts, cash and gifts.  In a world of crowd-funding, instant on-line reviews, price comparisons and star ratings for every conceivable service it often feels like we have a health system which is reflexively unwilling or unable to open itself to review and assessment.

It could be argued that the trickle-down effect of this lack of trust is manifested in the anti-vaccine movement. Evidence alone will not be enough to counter the ‘fake news’ agenda but evidence combined with a trusted source makes for a much more powerful mix. It may also be apparent in desperately ill patients fundraising to have unproven, expensive, experimental treatments abroad. In both cases there is a risk to public health and a negative impact on the sustainability of the health system.

At the other end of the scale, the Department of Health has a running battle in maintaining trust in arguments with the Department of Public Expenditure and Reform, and the wider political system. This is made more difficult still by an inability to make solid investment cases based on real data. It can be easy to score political points with the public when decisions being made have emotional impacts – witness the number of politicians who run for office on the single issue of a local hospital closure.  If data was out in the open for all to see when the time comes to make difficult choices about national priorities a more informed discussion would be possible. For the public, a feeling that decisions are being made behind closed doors leads to distrust and anger.

Whatever about “publish and be damned” why not move to “publish and be debated and understood”? Making this the default option will require a sea change in attitudes throughout the health system to develop meaningful transparency. As with all change it calls for courage and leadership. While there are inherent risks in changing from a non-disclosure culture to a transparent one, there are also great rewards to be gained. A public with a greater understanding of the health system, its strains and its strengths, is more likely to trust it. A trusted health system is a sustainable one. And what greater prize is there than that?