If innovation is so critical, then why do so few prioritise it?

Innovation is the prefix of choice across many business discussions and conferences at the moment. Government policy in many countries (including Ireland and EU-wide) is focused on encouraging and supporting innovation that they hope will result in inward investment and jobs.  Business guru Michael Porter once said, “Innovation is the central issue in economic prosperity.” This infers if a company does not innovate it will fail. 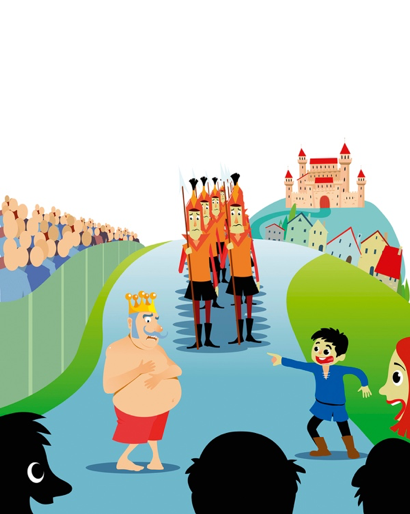 But if this is true then why do so few companies include innovation as one of their ongoing business priorities? The simple answer is that unless the purpose of your job or business is to specifically create “new stuff” then most think innovation is for a few people over there with possibly too much time on their hands while everyone else just gets on with doing the real work. In essence, the vast majority of people neither understand what innovation is nor how it relates to them.

Has innovation lost its meaning?

An increasing number of businesses publicly list innovation as a core value or priority, however the vast bulk have no idea what it means in practice. Instead of embedding innovation in their organisations many see it as an essential marketing buzzword necessary to attract and retain new staff and clients all of whom seemingly “love this innovation thing”! It features prominently in recruitment advertisements where they will typically try to sell their brand as “ a disruptive, pet-friendly work environment, solving global problems … innovatively”. In reality all they are trying to do is lure the next cadre of fixie-cycling Millennials or Generation Z types in skinny jeans,  and best of luck to them.

My issue is not with this but with the overuse and often inappropriate application of the term innovation for these purposes which is causing it to become jaded and even resisted by some. In fact it could be argued the overuse of “innovation” has taken on a sort of paradoxical quality in showing a lack of innovation when it comes to vocabulary!

What innovation is and is not

Simply put, innovation to me is the point where creativity and application meet and are applied to generate a tangible business benefit. While creativity is an important component it is not the same thing as innovation. Creativity is idea generation, innovation is the practical application of those ideas. Businesses can be great on the creative side but without support from management to implement those creative ideas then, those organisations are not innovating.

This can mean tweaking an existing business model, or making minor changes to the way things are done to increase efficiency, improve quality or cut costs. Big innovations often stem from small adjustments but we rarely see these small changes as “innovation.” A whole industry and lexicon have built up around innovation and the notion it requires different coloured belts to initiate it, confusing flow charts and/or deep pockets with decision-making influence to “drive” it, this is rubbish. Because of this innovation has acquired an off-putting mysterious and almost mythical quality. It has been made to seem more complicated by the jargon, training and qualifications associated with it. Finnish professor and author Alf Rehn neatly demonstrated how this jargon can be used to obscure rather than communicate. He intentionally set out to deliver a nonsensical presentation to an audience of executives in a tech company in the US. As told to the Irish Times, the audience took notes on the “need to disrupt transformation and to transform disruption” and other supposed pearls of wisdom. It wasn’t until he asked a member of the audience to recap what he had just said that they recognised the point of his experiment.

Humans are in fact, innately innovative. Any parent who has watched their child get more entertainment and practical use from the box their Christmas present came in, rather than the toy itself, can confirm this. The industry which has built up around innovation is too often window dressing, style over substance, fur coat no ….!

Unfortunately, innovation is a trait which was not always recognised and valued in the workplace. Innovators often learn to keep quiet about their great ideas or take them elsewhere. If businesses are serious about creating a culture of innovation then they need to practice listening to employees at every level, not just C-suite. Very often someone who has a bright idea that challenges the status quo can be perceived as a troublemaker rather than an innovator.

Because of confusion over what innovation is and is not people typically don’t regard relatively minor tweaks or improvements in day-to-day operational processes or small changes to products as innovation. But they can be huge. Take for example Reckitt Benckiser’s decision decades after their original dishwashing tablet had been launched to add a rinse agent and change the name to Finish 2-in-1. And then a few years later add a salt component and rename the detergent Finish 3-in-1. Today the product is Finish All-in-1, owing to the addition of a glaze-protection agent. With each incremental improvement, sales and profits grew. Another successful small-scale innovation involved Heinz who grew the sales of ketchup by introducing new packaging, including bottles that are stored upside down (to facilitate easy pouring) and fast-food dipping trays that make it less messy to eat ketchup with fries. None of these innovations in themselves will ever be the poster child used to attract potential millennials or generation z recruits, but every company would take their financial success.

Innovation does not happen in a vacuum

As few companies can capture and articulate the values and tangible business benefits of innovation it is often the naysayers who will fill the void with cynicism and scepticism around innovative change. Depending on the nature of the business the time lag from idea to cash arrival can be off-putting. This results in many people, including managers and specifically CFOs, often viewing innovation as an unwelcome distraction from core business. It may be considered time or income, lost, rather than business value gained over the medium to long term.

Unfortunately, the short-term thinking, targets and goals that many managers and CFOs are fixated on can stand in the way of innovation. Innovation often involves risk taking and change, two things many managers are averse to. Implementing change requires resources, it can involve a drop in efficiency as the changes are put into place. Change often triggers anxiety and even conflict if implementing change is not managed well. Shared understanding and recognition of the tangible value of minor innovations as well as the big light bulb moments needs to be clearly communicated, encouraged and valued. They also need to be supported with resources and championed by management while the necessary changes occur.

So, innovation will arguably only ever be superficial marketing and recruitment ploys if it does not have two core components:

(2) clear and genuine management buy-in and support – not just lip-service.

Responsibility for communicating the tangible business benefit usually lies with the innovator. But without the underlying support from management to commit resources – both financial and human – and the time to apply those ideas there is little chance of success. It is easy to say that something will be done, but actually making it happen involves some effort, perhaps even sacrifice and usually risk. Until such time as innovation is demystified and its importance understood by everyone within the business it will remain a meaningless buzzword. Unless management put resources where their mouths are innovation will remain the preserve of the geeks in the corner and business gurus with books to push up the bestsellers’ list.

John Crimmins is the Managing Director of Prospectus Management Consultants who are experts in the areas of innovation and change management.